5 IoT Use Cases That Will Shape the Future of Agriculture

Agriculture is changing rapidly, and the Internet of Things (IoT) seeks to potentially disrupt the way we produce and deliver food to the millions of people that'll be affected by worrying problems such as droughts, fires, natural disasters, and other issues linked to global warming.

Gadgets, health care, manufacturing; these are all areas that IoT has touched in one way or another, but is it possible for the smart farming industry to keep up with the Internet of Things, or will the technologies used in agriculture be inadequate for a true, one-to-one connection?

In this article, we're going to explore five IoT use cases that will shape the future of agriculture. But before we do so, it's important to understand how IoT is used in agriculture, and whether or not the smart farming industry is reacting to the constant innovations quickly enough.

How is the Internet of Things Used in Agriculture?

Regardless of your familiarity with the industry, you’ve likely heard of smart farming. It’s a buzzworthy topic that is currently surging in popularity. A broad definition of smart farming is the use of technology to improve farming efforts (i.e. making the farmers' lives easier).

Smart farming offers awareness to growers who wish to steer clear of issues and intervene before small (or big!) problems affect profits. The Internet of Things comes into play via the connected devices that tell farmers what they need to know regarding soil, humidity, water levels, and other important metrics.

Even the government is starting to embrace new opportunities in smart farming. The United States Department of Agriculture (USDA) recently turned a 7,000-acre farm at its Beltsville Area Research Facility into a testbed for IoT technology and related advancements, such as Artificial Intelligence (AI). This initiative will reportedly help thousands of data scientists collect information faster.

The overall smart farming sector deals with more than IoT tech though. As you’ll see from the following five examples, these advancements are instrumental to the future of farming...

Did you know that Ubidots can help farmers connect the dots between their field data and a more sustainable growth?

Take a peek at how we plan to connect the future of food with Climate Smart Agriculture. 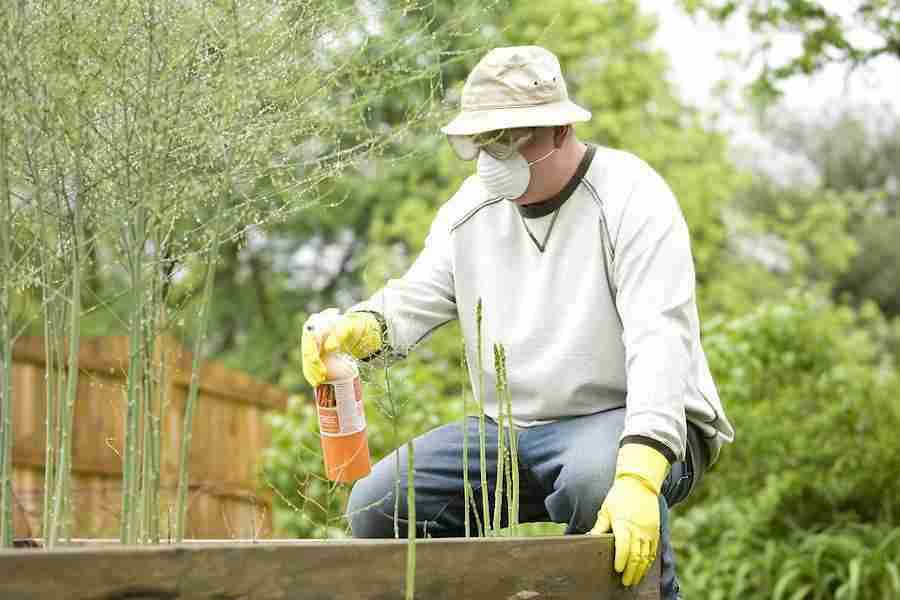 "Inadequate pest management could translate to disappointing, unprofitable growing seasons. Manual methods used by farmers to check for pest infestations are time-consuming. Plus, issues may go unnoticed until it's already too late."

IoT sensors can provide real-time information about crop health and clearly show the presence of pests. Low-resolution image sensors are ideal for assessing crops across a large area. These devices capture images of pests the naked eye can't see.

In contrast, there are high-resolution sensors that capture the amount of light energy released by a plant—also known as a spectral signature.

For example, IoT sensors can gather data about general pest behavior patterns on a farm, allowing users to know if prevention methods are sufficient. If and when specific weather patterns make pests more prevalent, IoT sensors can offer predictive analyses to help farmers prepare in advance.

Smart farming devices can inform farmers on whether their current pesticide usage leads to the necessary results or not. When users collect regular, up-to-date information, they can make continual adjustments to how, when and where to apply pest management strategies. This approach allows them to use smart farming strategically instead of hoping for the best outcome.

Water is a complex resource in agriculture. Using too much or too little of it can have adverse consequences on crop yields and soil health.

According to one IoT solutions provider, connected sensors could reduce water consumption by 30% while improving land management decisions. The company's technology measures moisture in the soil. Then, it provides data to help farmers take action against drought or overwatering. 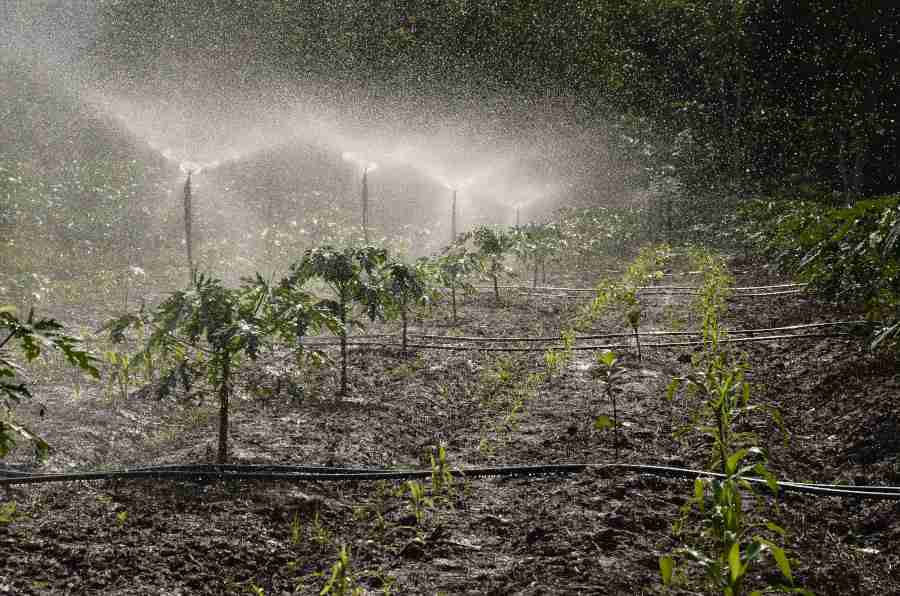 In Southern California, farmers place sensors around avocado trees to measure the water levels. The sensors connect to sprinkler systems that treat the thirsty trees as required. At night, the water shuts off at the right times to avoid waste.

This setup automates significant parts of the process, allowing farmers to stop engaging in numerous manual tasks. Such an advantage is one of the reasons experts cite the Internet of Things in agriculture as one of the most recent breakthroughs in technology, making them curious about what the future holds.

Professionals in the agriculture sector have to pay attention to market conditions to maintain a competitive advantage. Some of them use IoT sensors to increase harvests and beat other producers to the market. 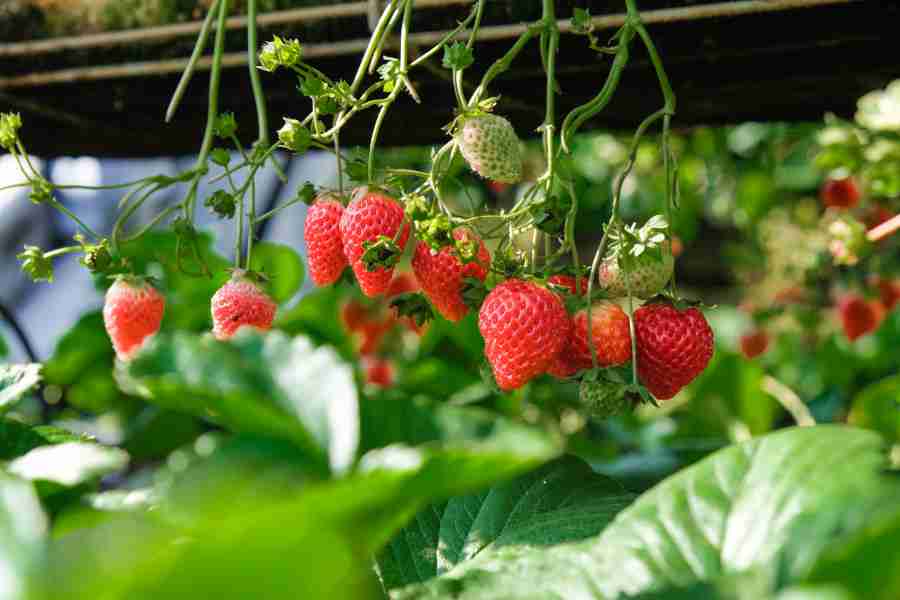 "For example, in China's Shunyi district, a strawberry greenhouse equipped with IoT technology and big data analytics increased production by more than 100%. Plus, it shortened the time to market by nearly three weeks.

The data-gathering system allowed reducing the necessary labor force by 50% per kilogram of strawberries. Although strawberries are not one of China's top exports, this smart farming example shows how purposeful use of IoT sensors could help streamline processes and compete with other nations.

IoT technology boosts profits by reducing risks. If a farmer installs a sensor on a tractor or piece of equipment, the collected data could send a warning once a part is about to wear out. When farmers ensure maintenance is preventative⁠—not due to incident—farms can avoid costly lapses in operations. 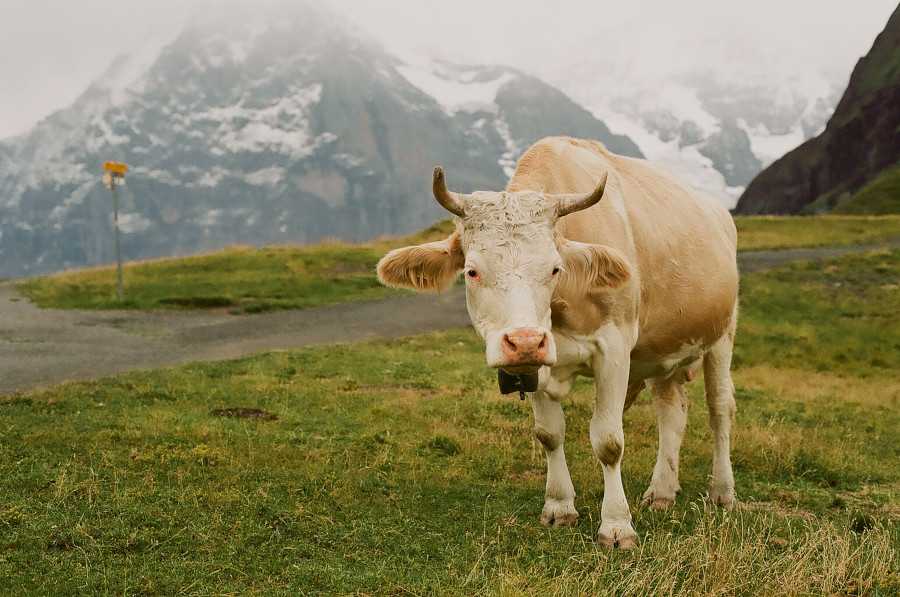 IoT technology has spurred positive changes in the way farmers keep tabs on grazing animals, such as sheep and cows. It's now common for many creatures to wear fabric-covered collars that contain tracking capabilities.

IoT technology has spurred positive changes in the way farmers keep tabs on grazing animals, such as sheep and cows. It's now common for many creatures to wear fabric-covered collars that contain tracking capabilities.

Plus, it will even show which spots the cows prefer to graze!

The Internet of Things can also give farmers updates on the health of their animals. One company offers a device with a 95% accuracy rate for predicting if a cow is pregnant. The smart farming system, which involves IoT sensors placed into a cow's throat and stomach, lasts for four years before a replacement is needed. If an animal seems to be visibly sick, it can automatically contact a vet.

In Britain alone, these devices track 15,000 cows. Operations across the world, including the U.S., China and the Middle East, have an eye on the tech. However, with a setup cost of $600 per cow, implementation can be expensive.

People are increasingly focused on how to preserve the planet’s future. Scientists warn that drastic, committed and collective action must occur to avoid climate catastrophe. However, population growth may worsen the effects of climate change and directly impact more individuals.

Researchers continuously wonder how to provide people with access to nutritious food even as the world becomes more populated. Unfortunately though, climate change could wreak havoc by disrupting typical growing seasons.

In part due to this problem, vertical facilities have taken off in the smart farming industry. Many people believe they’ll solve numerous food crises associated with climate change. For example, a vertical farm can have 12 growing cycles per year instead of just a few. These are indoor farms, so they don’t need soil or natural light to thrive.

The operators of vertical farms can grow more fruits and vegetables when compared to a conventional setup. Plus, they do so in tightly controlled environments centered around feedback provided by smart IoT sensors.

Vertical farms work well for urban environments because they make use of abandoned spaces such as warehouses and former parking garages.

Conventional farming is impractical in densely populated cities because there'' not enough space for crops to flourish. As a result, the carbon emissions associated with transporting produce to those who need it increase, which is bad news for both the planet and, ultimately, us.

Thanks to the rise of vertical farming, agriculture could someday become a fixture in many cities, and people could easily access healthy sustenance. The indoor setups can offer prosperous harvests year-round, even if climate change causes non-ideal weather patterns.

The Endless Possibilities of IoT Application in Agriculture

So, how is the Internet of Things actually used in agriculture? Unfortunately, we don't have a one-size-fits-all answer to that question yet. Farmers implement a range of applications to test out uses and boost industry convenience.

Aiding pest management, monitoring animals, reducing water usage and other use cases are already common across the globe. Thanks to IoT technology and smart farming, businesses can increase yield and save money, all without lifting a finger.

It's highly likely the Internet of Things will pave the way for future advancements in agriculture. The technology has given farmers visibility they didn't possess before.

With new sensors, cameras and other devices, professionals can gain a holistic view of their farm and pinpoint actionable insights. They can instantly adapt to changes and adjust operations to achieve favorable results. For farmers, it's not merely about the bottom line; they also have a goal to nourish consumers fresh, hearty produce.

Working in agriculture isn’t easy by any means. However, innovations in smart farming could make the process easier by facilitating access to valuable information and ensuring smooth integration with the Internet of Things. Until then, there are platforms which already offer the first taste of what smart farming could look like...

Meet Ubidots, the platform that lets farmers connect and aggregate all their devices' data into one easy-to-use dashboard. Thanks to our tools, growers can remotely monitor and manage crops and ecosystems.

We've partnered up with many companies in the smart farming industry, and we cannot wait to show you more about the future of agriculture. Check out how we plan to help farmers achieve success with Climate Smart Agriculture!

Matthews is a tech writer who pens stories pertaining to IoT, connectivity, and automation. Find her work on InformationWeek, The Daily Dot, WIRED and others, or follow her on Twitter to read more.
Previous Post
Open Source, Frameworks, Home Automation

16 Open Source Home Automation Platforms To Use In 2020