In one of the most captivating storylines of the TV show Better Call Saul, we witness the descent into madness of the protagonist’s brother, Chuck McGill, who suffers from a condition triggered by electromagnetic fields (or so he claims). At one point, Chuck wrecks his house in search of a source of electrostatic potential he hasn’t been able to shut off.

Now, what if his madness had a more scientific outlet? In that case, instead of destroying his house, perhaps Chuck would’ve developed or used a system like that shared by our friend Christopher Méndez on Hackster.

This smart energy meter can identify appliances thanks to machine learning and measures voltage, current, power, power factor and energy. Yes, expecting Chuck to not only use a device which would trigger his condition, but to also be able to bear through the training of the ML model pushes imagination even beyond the bounds of fiction, but hey, we would just like to help Chuck out…

By mostly using Blues Wireless hardware like the Notecarrier-B and the easy-to-use Notecard, which we’ve tried in Ubidots for our own projects, Christopher was able to put together a system that left him impressed with, among all the variables it measures, its accuracy with kWh. On top of that, both the ML model as well as the autogain system to amplify the waveform of low-current consumption appliances performed better than expected.

For the ML model, Christopher used Edge Impulse, a powerful platform to develop ML solutions geared specifically towards edge devices, which allowed Christopher to collect lots of data over several hours in his Edge Impulse Studio project instead of depending on the limited capacity of the edge device.

Other than for Chuck’s hypothetical case, and used in tandem with Ubidots, the smart energy meter could be used for energy saving purposes by not only reminding you that certain appliance is on at a time it shouldn’t, but also by recognizing if a machine is using more energy than it normally does, which could indicate a defect.

This kind of diagnosis is possible thanks to the system allowing you to analyze the signals in the frequency domain, which, much like what can be done with Ubidots’ Frequency Chart widget and FFT plugin, lets you monitor the overall integrity of the electrical network to detect anomalies such as unidentified loads.

Even though this is a proof of concept device, it serves as a demonstration of what can be achieved with the right tools and platforms. By improving it, the device has the potential to be useful in more industrial applications where the information obtained with it can lead to savings related to energy consumption. Check Christopher’s full post on Hackster to learn more about and how he did it. 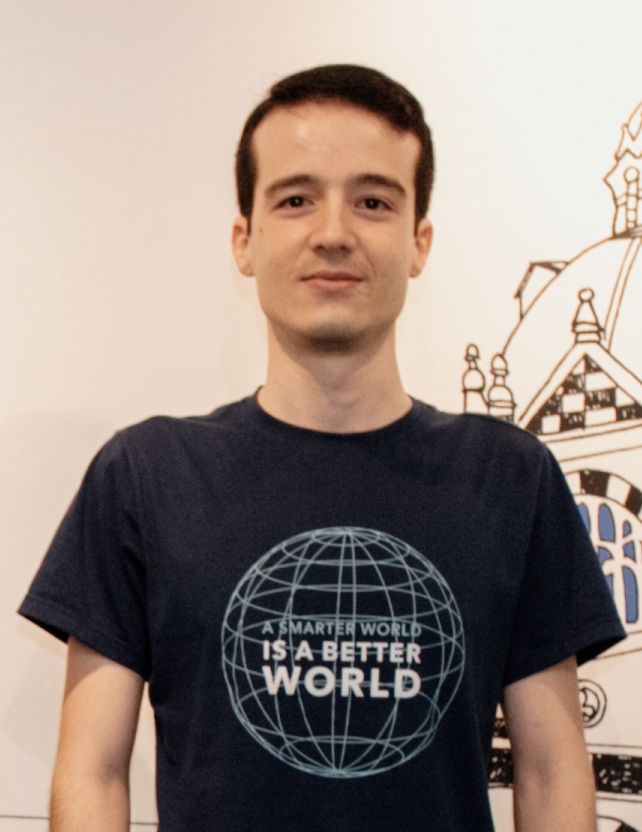 “You Received a Package!”: Build a Package Monitoring Device With Seeed Studio and Ubidots