I can’t work out what I’m doing wrong, I’ve been using Ubidots since January with no real issues up until this week.

I added a second Ispindel on Wednesday so I could monitor two brewing fermentations at once (I’d split a batch in half), and all went well on from 30/6 up until 1/7. At this point Ubidots kept saying I’d reached my daily extraction limit, it still says so and the below is all I have. I’ve purged all my dashboards and re-built one from scratch but it still hasn’t worked.

Both Ispindels have an interval of 900 and 7 variables. This means in prinicple I shouldn’t have more than 1,344 dots from both devices per day? 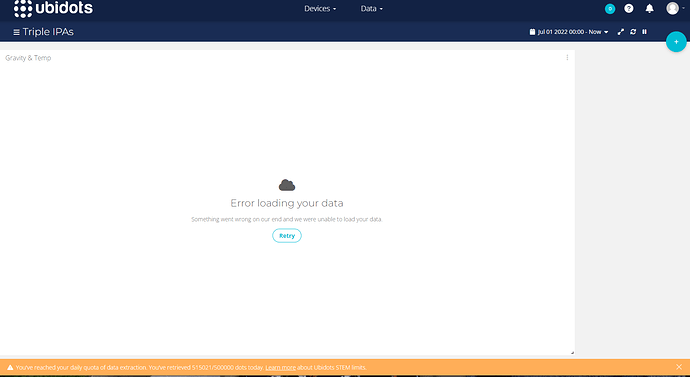 I can get the last value off each variable under the “devices” tab, but it keeps showing an error when I try and access previous values under each variable 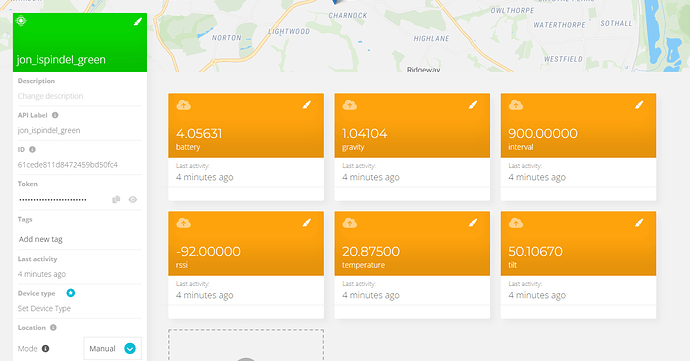 Can someone advise me what I’ve done wrong here? I’m using these to work out at what point I need to perform certain actions in my brews so could do with getting this resolved ASAP please.

OK for some reason it has now decided to start working again this afternoon and I have access to all the data I need.

It is genuinely worrying that I don’t seem to be the only person this randomly happens to. This is a good platform, but I’m concerned enough about reliability I’m probably going to look elsewhere now.

I hope this note finds you well.
﻿
﻿Thank you for reporting this inconvenient. We were able to identify that there’s an issue with the data visualization on STEMs accounts and it has been reported to the development team.
﻿
﻿We’re currently working on getting this issue fixed as soon as possible.
﻿
﻿Best Regards,
﻿--Camila